After 25 years and 21 starts, last weekend’s Quarry Mining Maitland Triathlon was given a big thumbs up by elite, age groupers, spectators and technical officials alike. After horrendous winds on the Friday and fire dangers in the North of the State, Sunday put on a brilliant spring day in the Hunter Valley township of Morpeth near Maitland. It would be hard to think the area is in drought, with recent rain just enough to green up the paddocks for the race. With the event compound area set next to the river and boat ramp, the transition area just 50m from the swim, and finish line right beside it, there was plenty of action on offer last Sunday. With the swim was a straight up and back past the Morpeth Bridge, the cycle leg loops of a 20km flatish course and run being dead flat on a hotdog 2.5km course, the athletes got plenty of love from spectators and locals alike. 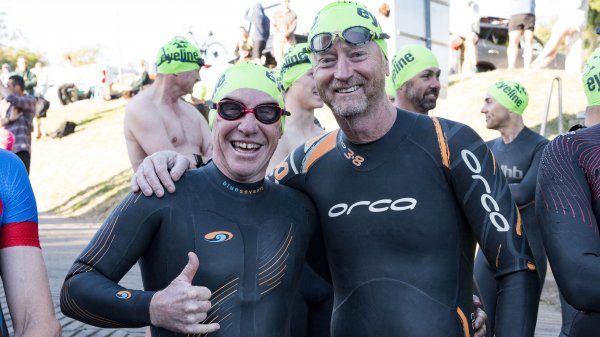 Locals Scott Salmon and Bret Blake on the start line

There were three events on offer. The Mid Distance, which is 2000m swim, 60km cycle and 15km run, was taken out by Mitchell Scott in  3.03.18. After local veteran Nathan Stewart pulled out after 20km of the cycle, it was a 2-horse race with Scott edging ahead on the windy cycle leg to beat Central Coast coach Nathan Miller by just 3 minutes. Third overall was last year’s winner Laurent Doyen from Manly, followed closely by pro athlete Holly Khan in 3.23.31. Hunter locals Krystal Hockley and Nicky Western rounded out the placings in 3.32.36 and 3.38.24. 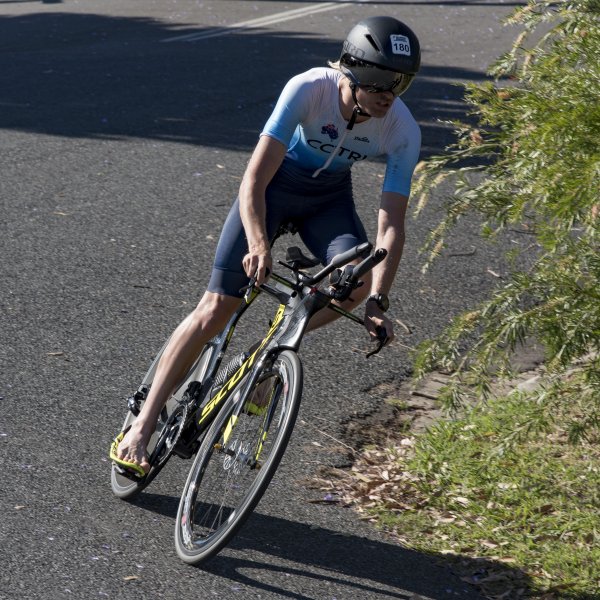 The next race was a favourite for those warming up to some longer races around the State, with the Standard offering 1500m swim, 40km cycle and 10km run. Overall winner was Paul O’Doherty of Randwick in 2.08.32 , with local Newcastle legend and former Age Group World Champ Tim Lang a close second. Paul got away from Tim on the bike, with Tim just running out of k’s to chase him down. Nat Heath of Covelly came in a very close third with just 40 sec gap. The ladies places were taken out by Fern Bays Amy Ryan in 2.41.39 and local Maitland Tri Club members Kelly Daniel and Danielle Clarke. 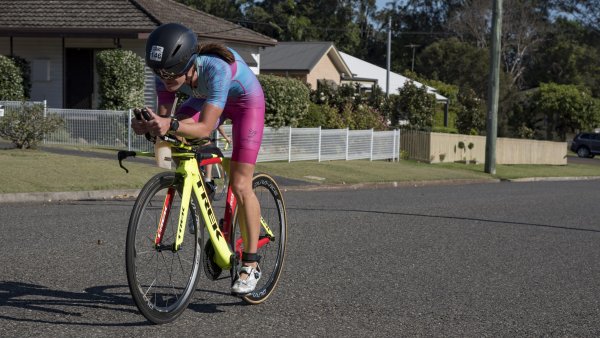 The final event of the day was the Sprint Distance (750m swim, 20km bike and 5km run), which was a true sprint between three young guns, which was eventually taken out by Mateo Mendoza of Miranda in Sydney in 58.49. He was closely followed by Joel Wooldridge just 8 seconds later and then the early leader Josh Wooldridge, brother of Joel, both of Bexley in Sydney. The female winner of the Sprint was local Hunter Academy of Sport candidate was Emily Fortunaso-Klocker of Clarence Town in 1.11.28 followed 7 minutes later by Angie Lucas of Dora Creek and Susan Lawler of Newcastle just one minute later.

The racing was of course dominated across the age categories by local Maitland Triathlon Club members and other Hunter based clubs, Newcastle, Singleton and Tomaree. Local organiser and Life Member of Maitland Triathlon Club, Paul Humphreys of H Events, say “we are so fortunate to have a strong and loyal triathlon community that understands the practicalities that if they don’t support their local races, they just won’t continue.  This, in particular, given the growing monopolisation of the sport by international interests.” 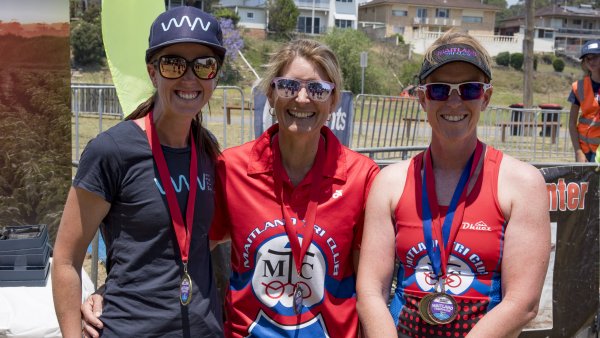 Since restarting after a 5 year break the Event is slowly gaining renewed interest from local and interstate triathletes and also local businesses, stakeholders and even Newcastle based Paratriathlon World Champion Lauren Parker. Local Hunter based Lauren Parker took on the 2000m swim and 60km cycle leg, but was not able to participate in the Run, due to the gravel farm roads. ‘It is a pity that Lauren cant do the whole event, as the gravel road is just not suitable for her specially designed racing chair.’ says Humphreys. ‘ It is a real honour to have her race at Morpeth, given she is fresh from Paratriathlon world Champs and also has been training on the World Ironman course is Kona, Hawaii, where she aspires to race in coming years. Lauren is a great friend of our team and her presence, not doubt inspired many of the local and interstate able bodied athletes to push themselves further and faster.’